Spacejacker clarified my rule question in the comments to my last post, so I wanted to play Gunstorm again. Plus, I wanted to start using the Stunts rules.

I grabbed a copy of In the Emperor's Name (ItEN) Campaign System and rolled up a mission: "No Stone Unturned"

The player must move at least one team member into contact with each marked doorway of each of the six objective buildings and remain in stationary contact for a whole turn in order to search the structure.

At the end of each search, roll 1d6. On a roll of 5-6, a piece of evidence is found that grants a victory point. Each building can only be searched once. On a roll of 1-3, deploy that number of enemy models just out of sight behind the nearest terrain piece or building to the building just searched. They will commence attacking in their next turn. Repeat until all buildings are searched.


There is a 10-turn limit on this scenario.

My force consisted of 5 figures, one had the Leader stunt and one had Medic (I'm slowly dipping my toe into the Stunt waters!). The enemy had 6 figures, no stunts. 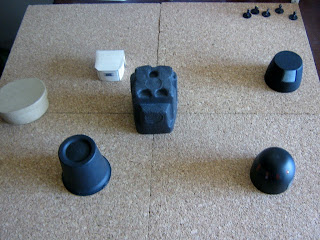 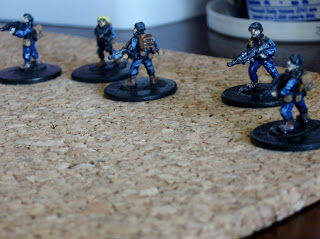 The Team moves out 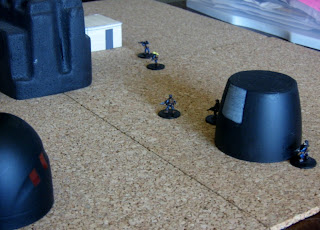 Since there were no enemy deployed at the setup per the scenario, I drew phases as usual but ignored enemy results. The possibility existed each turn that I would draw Fortune before I drew Player Moves. If I drew Fortune, I still rolled to see who won the phase. If I lost, then my squad wouldn't move at all. In a turn-limit game that makes a big difference!

On turn 3 my force finishes searching the first building: 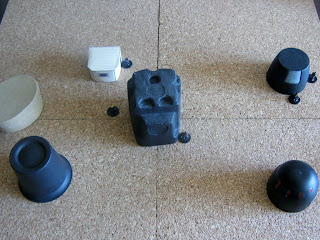 Which results in the first enemy on the table in Turn 4 (Enemy Shoots, Place on Table): 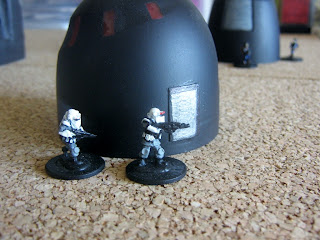 and they advance -Enemy Move (the scenario said "They will commence attacking in their next turn", which I took to mean they could still move): 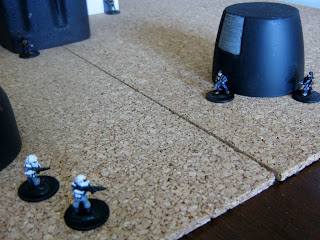 and they win the Fortune phase and move again: 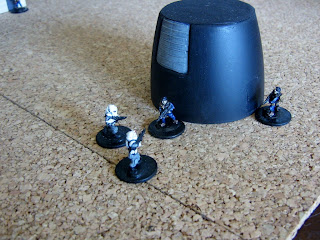 Turn 5, Player Move, I finish searching a 2nd building and a new enemy soldier appears on the board. Recognizing that I was half-way through my allotted turns, I opt to tap my Leader stunt. 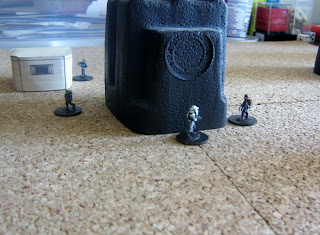 I draw Fortune next and automatically win thanks to the Stunt. I choose Player Move to move into contact with another building on the left

Turn 6, while the 3rd and 4th buildings are being searched, the enemy moves up on the right and a brutal melee strikes up and lasts into Turn 7: 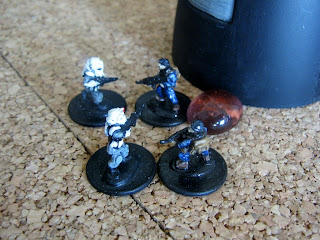 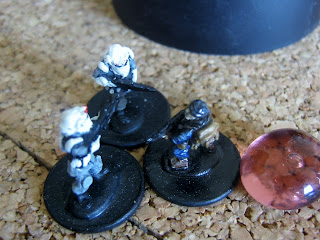 A shoot out on Turn 8 (Exchange Fire): 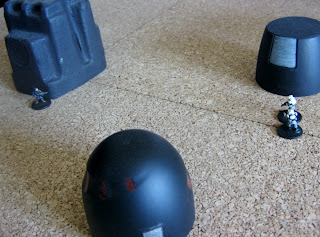 My leader is hit and fails his Guts Save. I pull a Wound marker! Phew!

He shoots one of the enemy and they aren't so lucky on their draw: 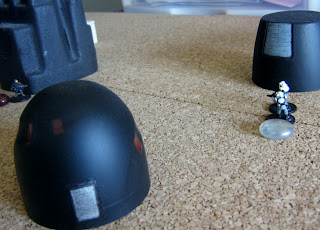 Meanwhile, on the left, my squad member is gunned down. There goes my Medic: 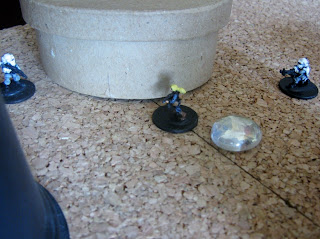 I draw Player Shoots to start turn 9 and my remaining squad member on the left fires at the enemy MG, and misses. Then I draw Exchange Fire: 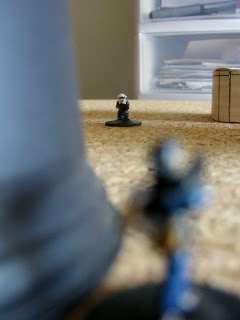 Her number was up.

Next, I pull Player Move.

My squad leader, who had been freed up thanks to the death of a enemy bleeder, searches another building. I draw Fortune and finally win which allows me to un-tap my Leader stunt.

Turn 10, Player Moves: I tap my stunt but continue searching the building.

Fortune is drawn next and I automatically win. My search of the building is complete. I roll and get a victory point. Finally!

Unfortunately, it was too little, too late. I was out of turns, my entire squad was gone save the Leader and the enemy had figures on the board.

Still, in an ItEN campaign, that one point would be useful for recruiting my next squad.

And, of course, now I have an itch to play an ItEN campaign with Gunstorm!