Fantasy Games Unlimited is Still in Business? Who knew?

Recently, for reasons I can't explain, I have been wanting to acquire a copy of Bushido (the version published by Fantasy Games Unlimited). 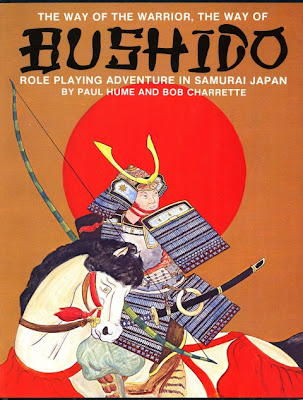 On eBay it fetches some wildly varying prices - particularly if you find a boxed set.

Imagine my surprise when I found that Fantasy Games Unlimited, publishers of Villains & Vigilantes (which I played a ton of as a kid), is still around, and they still publish the games that people on eBay claim are rare.

No, I didn't buy it yet - I've pretty much spent my hobby budget for April on The Art of Warfare in the Age of Marlborough, some Army Painter brushes and some paint, plus I have a rule about buying things on impulse that I try to adhere to most of the time.

But it's definitely on my list. Given the praise I've seen heaped on it, despite what is proclaimed as a complicated system (mostly due to a poor layout), at just $18 it seems like quite a deal.