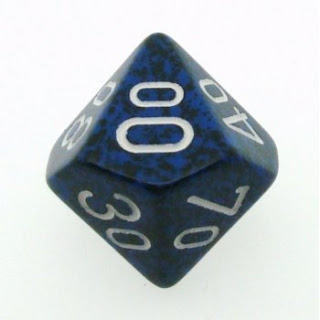 One of the features of tabletop roleplaying games and some wargames, that I've played at least, is that, for those systems that have them, a player doesn't have foreknowledge of exactly how many hit points a given opponent has.

They might know that a kobold gets1d4 or a stand of irregular infantry have 1-3 points, but that's the extent of it.

They don't know that this particular ogre has 20 HP while that one there has a full 33 HP.

In a fight with the two ogres I mentioned above, the GM might give clues that one is more capable of surviving than the other, but it isn't necessary. In the latter case, or the former for players not paying attention, which to attack is arbitrary, all other things being equal (distance to target, whether one is armored and one isn't, if one has a giant battle axe but the other has a club, etc.).

The first question is, is this experience something worth replicating in a solo game? Obviously, I'm inclined to say yes or I've just wasted everyone's time.

This lack of omniscience helps generate tension and the right kind of tension can make a solo game more enjoyable (I say right kind, because there is the tension where one thinks, "This isn't fun and I'm wasting my time", which I am sure most people do not enjoy).

Here is one way to reduce your omniscience in a solo game:

Instead of calculating hit points/strength points for your opponents before battle, check against the likelihood that they're still standing during the battle.

I am working with dungeon crawling type monsters where the hit points are multiples of the d8 (aka hit dice or HD) and so that's what I'll use for my examples but it works equally well in wargames where figures/units have strength points, such as in Bob Cordery's rules sets.

If you score the >= maximum HP in damage, you know you killed your opponent. If you score less though, you need to check to see if it's still standing.

For more than 1HD, it's a little trickier:

(hmm, I'm not sure that was any clearer)

Once you've got the gist, you can open up a spreadsheet application and pre-generate the percentages for the HD combinations you're likely to encounter. Then, you just refer to it during the game rather than calculating on the fly. If you do encounter something unexpected, it's a simple matter to copy and modify the formula without disrupting the game flow too much.

Let's go back to those ogres from above.

An ogre has 4HD +1 in Labyrinth Lord. That means roll a 4d8 and add 1 to the result to find an individual ogre's HP.

Take the max - min and add 1 to the result. Adding the 1 back in has nothing at all to do with the +1 in our ogre's hit dice. We get 29 possible values.

Ok, so I attack the ogre:

My first hit does 2 points.

If the value is less than the min HP, I don't even check. It's just a scratch, make note of it, and the fight continues.

I roll a 96% aka not bloody likely. The fight continues and hopefully goes in my favor.

By the way, for a 4+1 HD monster, I don't even have a 50% chance of killing it until I score 19 points of damage. For a low level or small party, a Sleep spell is really handy here.