Today, I received a pack of CTS German Infantry (their older style, purchased with Christmas money), and while I wasn't entirely disappointed, I wasn't thrilled either.

Although they are labeled as 1/32. in truth, given the proportions and short stature of several, I'd guess they run from 1/38 or 1/40 like their vehicles, up to 1/32 depending on the figure. That's right, they aren't even internally consistent.

Of the 12, I would only deem 7 compatible with Airfix (I won't even put them near TSSD). Still, some of the poses are nice and the tripod mounted MG-42 will be very handy.

Here's an Airfix German (left) compared to a similar pose in the CTS set: 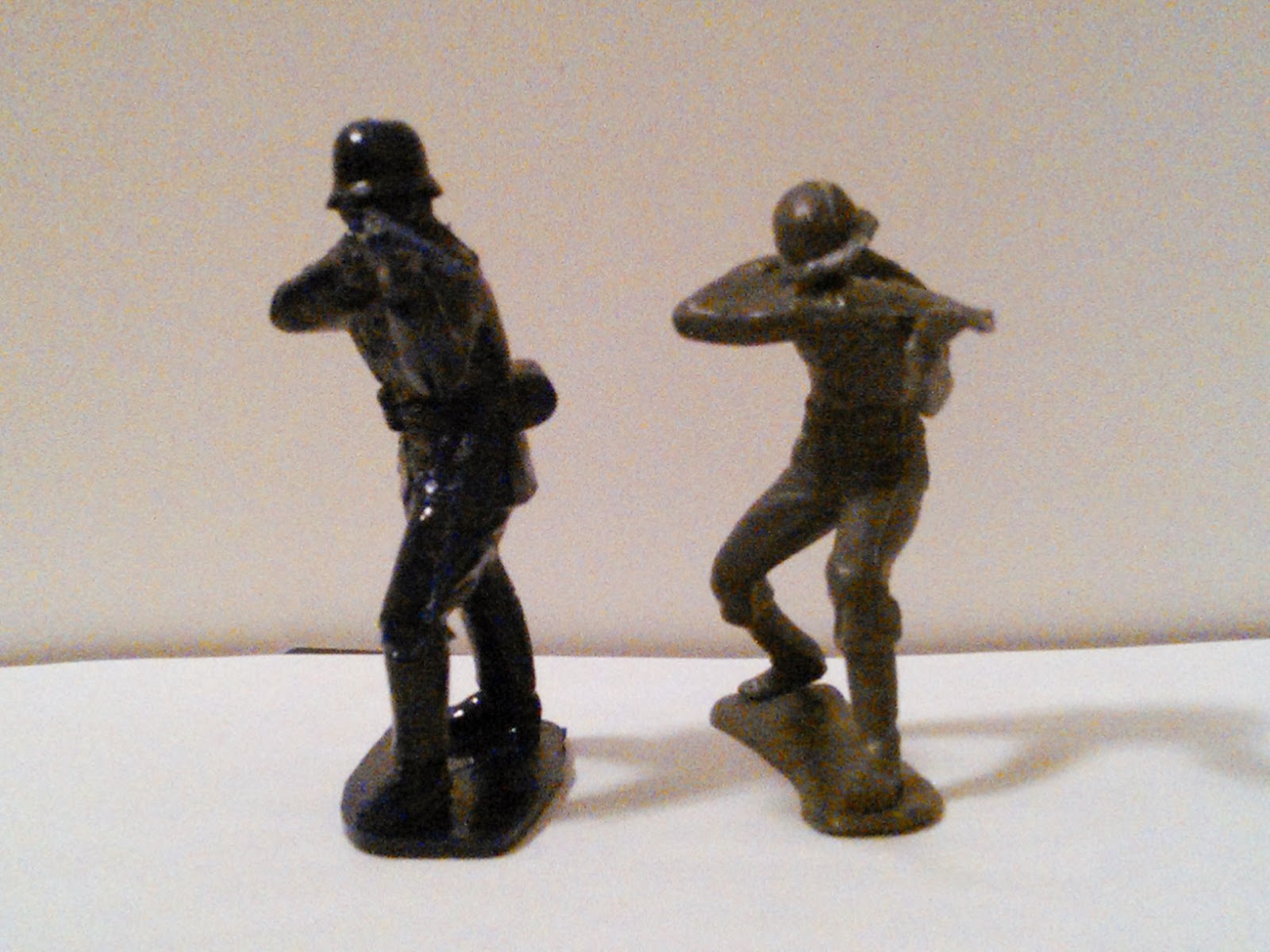 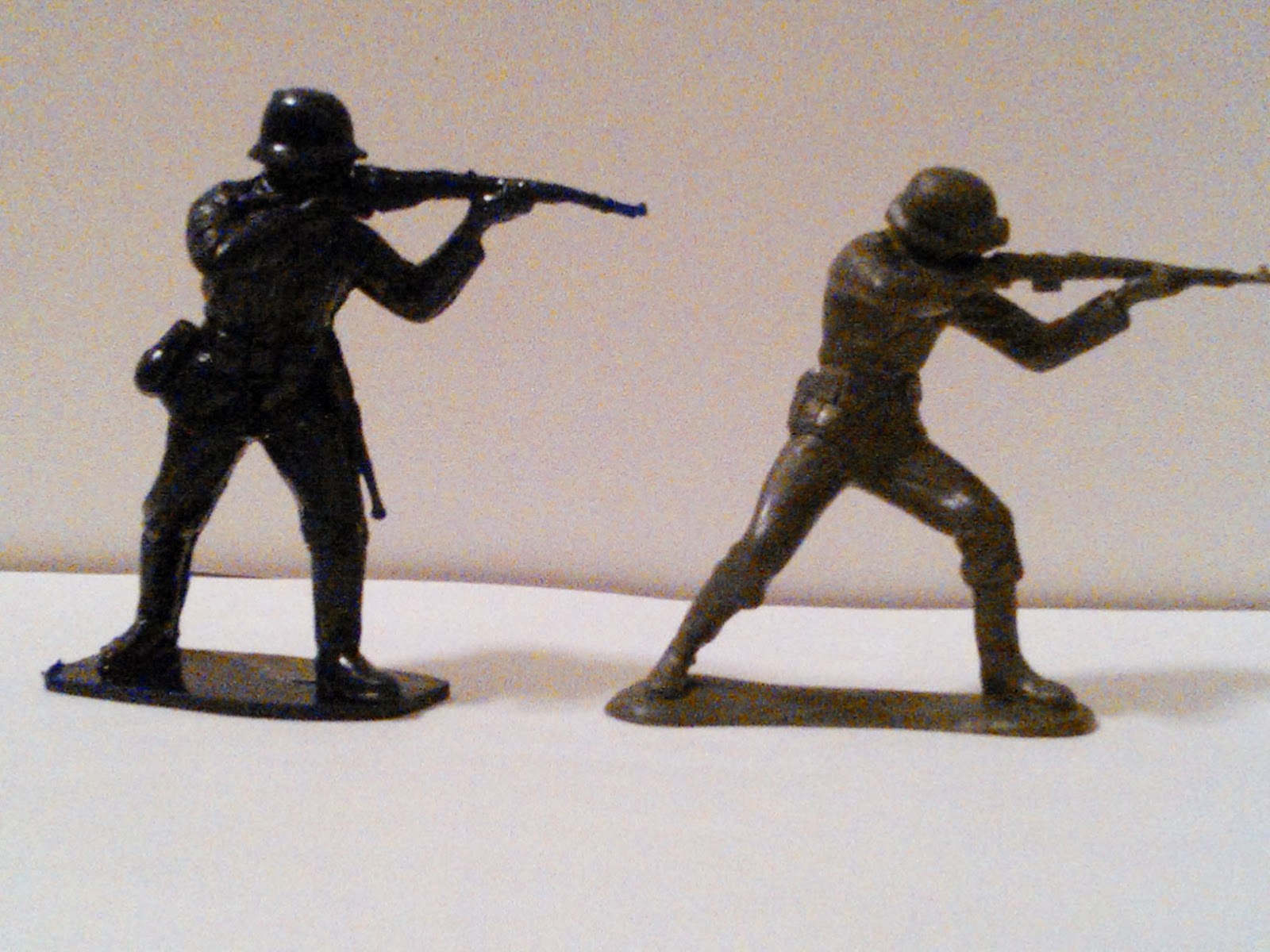 The pictures aren't terribly good, but they do illustrate the differences in the figures: as I already knew, the CTS figures are slim in comparison, but they are also, in a few cases, tall (if that guy stood up to his full height he'd be a bit taller than the Airfix soldier - his pose makes him shorter).

I wouldn't want to mix them together unnecessarily, but I think i could get away with it, especially once they're painted.