Citizen, behold a squad of our mighty soldiers escorting a fine example of Soviet modern engineering and made by your own Proletariat hands.


See how your brave comrades advance fearlessly despite the threat of the nefarious Barbarians of Fascism! 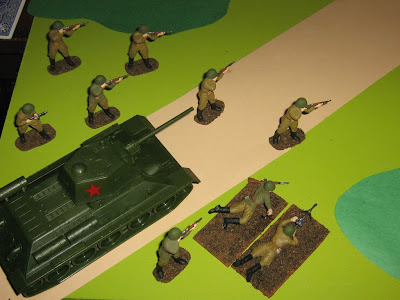 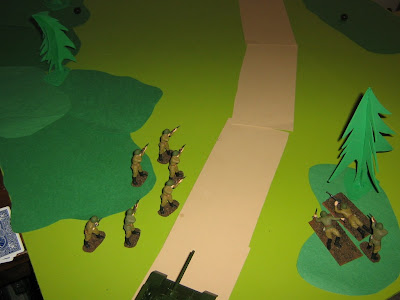 Even under fire from the German machine guns, the brave children of Mother Russia hold firm and deliver a devastating volley. 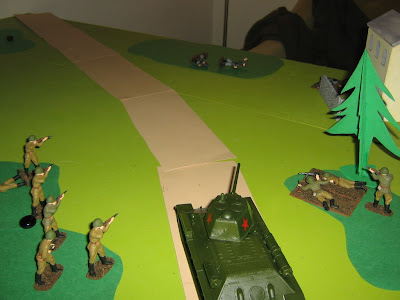 Like rot in the grain stores, the Nazi-snake takes much effort to flush out! But the effort was made with the greatest sacrifice of our Defenders of the Motherland! 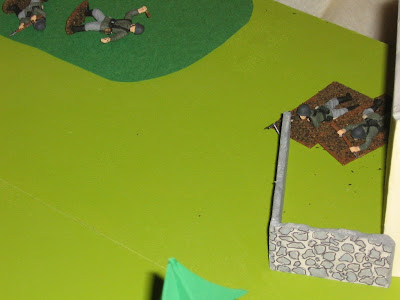 Anti-tank fire erupts to the North, machine gun fire to the South East 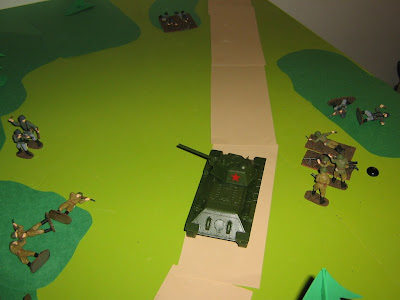 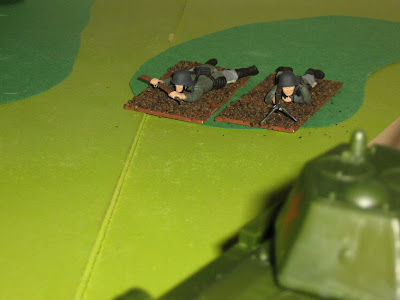 The Germans have no anti-tank weapons left, and are unable to close with the well armored Soviet workhorse. 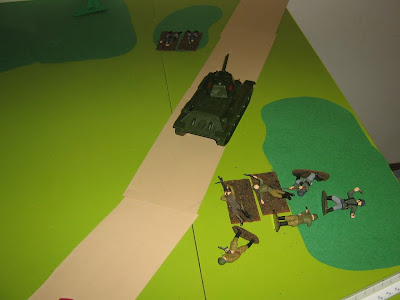 *****
Rules used: Disposable Heroes/Coffin for Seven Brothers (with card draw activation)
Forces:
Russia - 1 T-34, 1 Rifle Squad (2 sections, one of Sergeant + 5 Privates, and 1 LMG section with Corporal, gunner and Private with Rifle).
German - A deck of 10 cards was set up, 3 of which were blank. The remainder varied from LMG team, panzerfaust team, up to a rifle section.
Scenario objective:  Russians (me) - Escort the tank off the opposite corner. Germans - stop them.

Although the Russian T-34 made it off the table, they lost 9 men to the German 6. So, a victory but another Pyrrhic one at that.

This was primarily to test the feasibility of using a single squad with DHC7B. I found it worked much better than I thought. The idea came about as I considered experimenting with G.A.S.L.I.G.H.T. for WWII.