Wargaming with a Soon to be 3 Year Old

On Friday afternoon, in order to entice my son (he turns 3 this week) to leave the park without fuss, I offered to set up "my game" - which he had been asking me to do for a few days.

The table itself is still laid out for Grant's Holding Action (1). For figures, we used some inexpensive 40mm-ish knights and men-at-arms:

A small force from Army Black (my son) was defending the village (not pictured) from an advancing horde of Army Silver (basically zombies that would advance towards the village).

You will forgive the anachronistic use of the 1/32 convertible, but my son was insistent that the knights of Army Black had to get to work. When I asked him how, he ran off and brought back this car.

It's hard to argue with that kind of conviction. 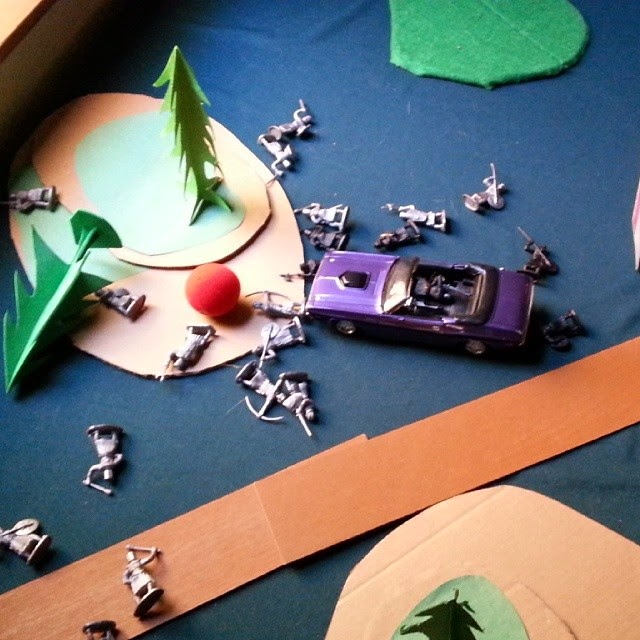 Dice were rolled - more for the fun of rolling dice than for any impact on the game itself. It was a bit of a Wells-ian affair, throwing the red ball (a clown nose, in fact) in lieu of firing a toy cannon.

It made the perfect cannon shot; the proof can be seen in the decimated silver army.